My Xtra-PC Review; Is this legit? or a Scam?

Slow Computer? Is Extra PC the Best Gadget For a Speed Boost?

A once proud and mighty computer, now slow and frail. Annoying right? I know it is for me. Nothing more annoying than to see your once fast computer, now slow and extremely infuriating to use as you see it struggle to do almost anything as it buffers and loads every program and window you open up. What if I told you there is indeed a way to speed up your computer. I’ll explain in this Xtra-PC review.

What exactly is Extra PC?

Great question. Physically, xtra-pc (also known as extra-pc) is a small usb device that you plug into your computer. For computer savvy people out there, upon using xtra-pc, you’ll notice that it is in actuality a Linux bootable USB device. Now now, I can see all of the tech-savvy folks raising red flags in their heads as they read this xtra-pc review. Yes, Linux is an open source operating system and you can download it for free from the web, then get yourself a formatted thumbdrive and place the Linux bootable program onto the thumbdrive to be later used on a computer. Or you could spend a few bucks and have something that’s all there and ready for you to simply plug in and play.

So the question; what exactly is Extra PC USB device? Luckily you're reading my very review of xtra-pc reviews out of many xtra-PC USB reviews, so let me explain. It’s essentially an operating system (specifically Linux as we’ve mentioned) on a USB stick drive. That when is plugged into your slow and decaying computer, it overrides the windows operating system and lets you get back to work where the PC runs the xtra-pc version of Linux instead at blazing fast speeds.

What do I mean by that? As previously stated, Linux is an open-source operating system. The definition of open source is: “denoting software for which the original source code is made freely available and may be redistributed and modified.”

The actual “original” Linux may be hard to use and navigate, as most users are used to running and using Windows or MacOS operating systems. The xtra-pc version of Linux however, is very similar to Windows, and so this is a big bonus as it will feel like not much has changed to your computer, besides the obvious increase in speed and performance. A great and simple way to speed up your computer, so you can get back to your emails, watching videos and work.

How does the Xtra-PC work?

Plug in and play! Once you have yourself this nifty extra-pc device, you will soon be able to begin booting from usb and giving your aging computer the power boost it deserves. Simply plug the extra-pc flash drive device into your computers USB port. There will be some boot menu keys for you to press, and some prompts for you to follow through on. Once you’ve clicked through those; you can enjoy your fresh operating system; the Linux OS (the extra-pc version).

The brilliant thing is that you don’t need to be doing anything with your current computer either. It works on pretty much all computers and laptops, and you don’t need to format or go through and clean any files on your computer. Though a virus scan is recommend before inserting and using your Xtra-PC USB, but running frequent virus scans is something you should be in the habit of doing anyways.

Once you have it up and running, all of your files should be there, ready for you to use. This is possible as Xtra-PC does not replace your operating system, but simply overwrites it and runs Linux-systems instead. The USB-Device that the xtra pc program comes on also has a little bit of extra storage space for you to utilise also. A bonus and great convenience if you ask me.

Now, this wouldn’t be a proper Xtra-PC USB reviews if we didn’t go into the actual products that extra-pc offers, as well as some of the services that they offer also.

As of writing this Xtra-PC review, the guys from Xtra-PC have a total of 3 products currently available for users and customers to buy. Xtra-PC Turbo 16, Xtra-PC Turbo 32 and the Xtra-PC Turbo PRO.

The first two models mentioned in my xtra-pc review, the Xtra-PC Turbo 16 and Xtra-PC Turbo 32, are quite similar. The main difference is the capacity size with the numbers 16 and 32, representing the gigabyte size of their named device. Perhaps the most popular with customers is the Xtra-PC Turbo 32, as the extra 16gb of capacity allows for that extra bit of a performance boost to really get the best out of your aging computer.

The third model featured in this Xtra-PC review, is the mighty and robust: Xtra-PC Turbo PRO. Oh yeah, and they even capitalised the PRO, that’s how you know it’s going to be awesome. This particular model might not be for everyone, but let’s get into what it offers on top of the previous two models. First, it’s capacity is 64 GB, hurray for more performance and speed and even more additional storage.

Where to buy Extra PC? 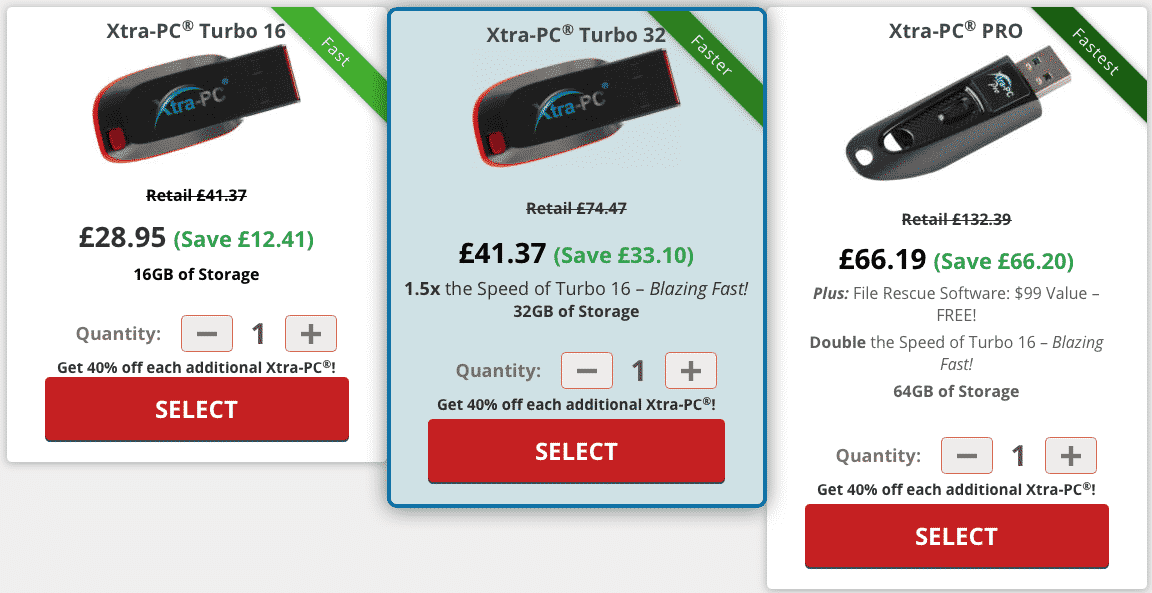 Second and most importantly about the Xtra-PC Turbo PRO, is that this model version comes with FileRez. Remember how I mentioned that extra-pc usb overwrites your windows OS with their version of a Linux Operating system and that all your files should still be there, ready and available to use. If your computer is really old and is suffering from some more issues, than the FileRez software will assist you and your computer in finding and then retrieving any missing files that may have disappeared during a computer crash. How cool is that?

And the best thing is, if you’re still unsure about picking one of these awesome devices up. Is that they offer a 30 day money back guarantee for the xtra pc products. So, if Xtra-PC isn’t really doing it for you, it can be returned and you can get a full refund. Though do check their return policies and requirements in order to get a swift refund.

My Conclusion for Xtra-PC review

So, why wait? I hope after reading some Xtra-PC USB reviews and extra pc reviews, you'll have enough confidence to go and grab yourself a extra PC device. Give your old computer the love it deserves. And if the product works great for you, consider leaving a xtra-pc review of your own. 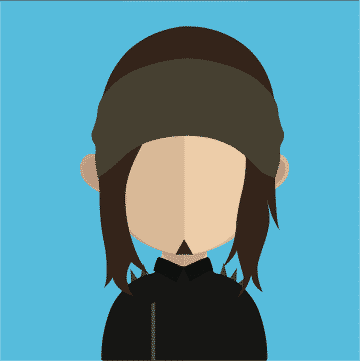 With the constant evolution of gadgets, gizmos and technology; Loy never has a dull time reading about and getting his hands on new gadgets. Being an avid gamer and a motorcycle enthusiast means he’s always looking for the next cool tech to try out with his computer or some useful gadget to attach to his motorcycle.