Shopwired vs Shopify: Which eCommerce Builder Wins in 2021? 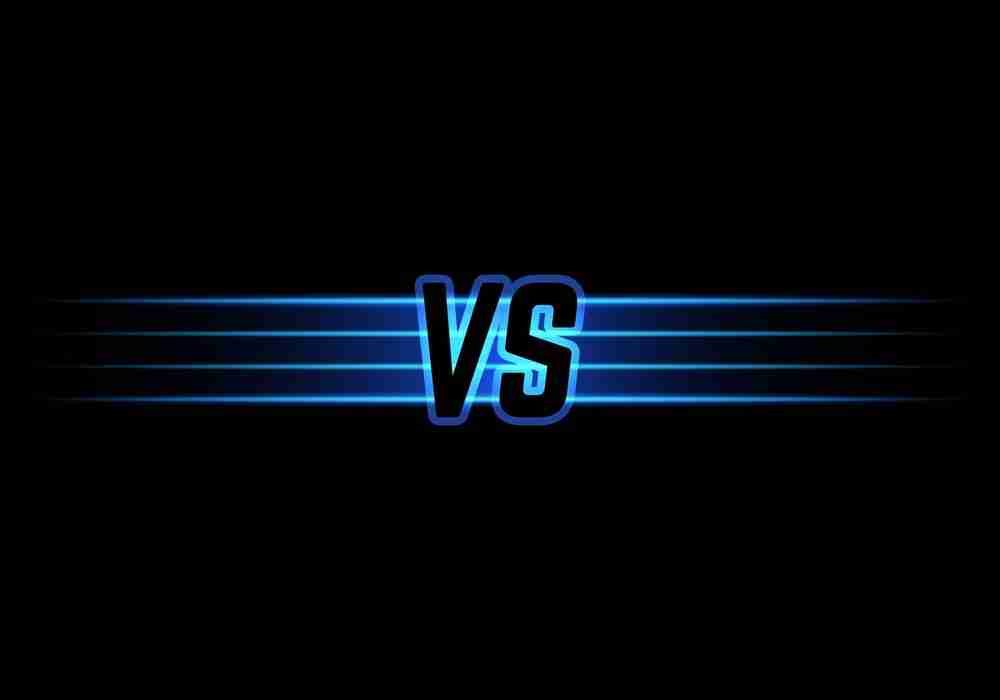 Do you want to skip the read and get right to my pick in this Shopwired vs Shopify comparison? The better eCommerce website builder for most people is Shopify.

Introduction: Why consider Shopify or Shopwired for your online store?

Shopwired vs Shopify – you may have heard of these eCommerce site builders.

While providers like Shopify have pretty much cornered the global market, there is a subset of ecommerce builders which specifically cater to local entrepreneurs within their country of origin. Japan, for example, has Rakuten and Mercari; Germany has Strivals and Inpsyde; and in the United Kingdom, there’s Weebly UK and Shopwired.

For this review, we’ll see how Shopwired stacks up against a global player like Shopify.

Pros and Cons of Shopwired vs Shopify:

Before we head out to formally comparing Shopwired vs Shopify, perhaps you want to read about each of them in-depth:

Here's a brief background on our contenders – Shopify or Shopwired:

At present, Shopify is the ecommerce builder of choice in over 175 countries as of mid-Q2, 2021. Its popularity comes from the way it enables online businesses through the provision of tools and a stable platform upon which to establish a strong foothold in the growing online marketplace.

Located in Sutton Coldfield in England, Shopwire touts itself as “the UK’s favourite ecommerce builder,” offering tools for business to consumer (B2C) enterprises along with a B2C builder for establishing online stores. The software as a service (SaaS) provider caters mostly to the small to medium-scale business markets.

Shopify’s long-standing advantage has always been its intuitive site builder with its virtue of being ready to use from the moment you sign up for the service. With tools laid out right where you can see them, navigating through the UI is quite simple. Its intuitive nature also means that, over time, the system will learn your work habits and most commonly used tools and help you create more efficiently and effectively.

The neat thing about Shopwired is that it actually walks you through the setup process when you sign up for the SaaS. Also, everything you need is stashed neatly away in the left-hand sidebar where menus are clearly labelled: it makes getting started so much easier and you can start working almost as soon as you log in.

Winner – Draw! In the battle of Shopwired vs Shopify, we’re calling the ease of use section a tie.

Shopwired also boasts of an easy-to-learn (and use) drag-and-drop builder, and also offers features like a variety of payment gateways, reporting mechanisms, and marketing tools to make setting up shop online a breeze.

Shopify takes pride in the fact that it currently offers 100 unique templates in a variety of categories, inclusive of both free and premium themes.

Presently, Shopwired has 20 free themes. But, depending on your budget, you can also request their design team to create a bespoke theme for your site.

If it’s customisation you need, Shopify may not be able to meet your needs. Users need a third-party tool to create a custom look for their webstores or have an independent developer create custom plugins to enhance functionality and the overall end-user experience.

This came as a surprise to us: Shopwired offers customisation options for practically every aspect of your ecommerce site. While aesthetic customisation can be done by editing the theme files with the built-in page editor, procedures for other more technical adjustments can be seen in a specific page in their support site.

Shopify’s in-platform marketplace, Shopify App Store, offers users more than 6,000 third-party applications ranging from productivity tools to inventory management solutions. Featuring both free and premium programmes, over 90 per cent of Shopify users have found it a great resource for improving the look and functionality of their online stores, and many have downloaded at least one app from the marketplace to enhance their storefronts.

We find Shopwired’s Apps and Extensions page a place where online entrepreneurs will feel like kids in a candy store. It easily holds its own against the global giant with a diverse array of third-party tools. For instance, it interfaces with blogging platforms which can help users add informative value to their sites, connectivity with online marketplaces like eBay and Etsy, social media integration on a variety of platforms, and even on and offline marketing solutions.

Also, Shopwired really plays to its core market by offering linkages with domestic service providers like the Royal Mail for logistics.

To steal a line from the hip-hop community, Shopify kicks it old school by hosting its sites on a content delivery network (CDN) with servers set in various locations across the globe. It’s a bit cumbersome, but it still works. However, some users feel that the current setup is like being set up for hacker attacks or random denial of service attacks, as seen in a number of incidents over the past couple of years.

Shopwired’s advantage in this comparative review is that it is au courant when it comes to hosting: sites are all hosted on a cloud server, so there is no danger of lag time if another site on the network experiences a spike in hits. Likewise, it is a more secure solution against hackers and online viruses.

Automatic data backup is not built into the Shopify UI. Instead, users must save their stores’ information into *.csv files. Note that the information you can back up is limited to financial transaction data, customer information, and data on individual products. In which case you’re going to be better off with a third-party app to help you out like Rewind.

Shopwired offers 24/7 monitoring of store activities and has an automated backup system that you can customise on signup with regard to frequency.

While not available in the basic builder, you can download Shopify’s Store Importer through the App Store to move whole sites from platforms like Etsy, Squarespace, and Weebly eCommerce.

The platform currently has provisions for moving whole eCommerce sites from four other platforms, specifically Shopify, BigCommerce, EKM, and Bluepark.

Winner – Shopify! in this ‘Features and Flexibility' round of this Shopwired vs Shopify comparison.

Both Shopify and Shopwired have SEO management tools built directly into the UI, enabling users to edit their metadata and make their sites easier to find by search engines.

A condensed version of the Shopify UI is available for both iOS and Android devices, making it easier for shop owners to manage their online storefronts from just about anywhere.

While Shopwired sites are optimised for mobile viewing and interaction, the platform currently doesn’t have a mobile site management app.

The global leader Shopify clocks in at 2.59 seconds.while pride of the UK clocks in at a staggering 1.17 seconds.

Winner – Shopwired! Suprisingly, we are giving this round of the Shopwired vs Shopify bout to Shopwired.

Winner – Shopify! Due to its more comprehensive and flexible eCommerce offering, Shopify wins in this Shopify or Shopwired ‘eCommerce tools' round.

Shopify offers excellent 24/7 technical support for customers via multiple channels, and this is further augmented by a regularly maintained and updated knowledge base.

As reviewers looking at Shopwired for the first time, we were impressed by the wealth of resources it offers through its online knowledge base, including guides on various aspects of site building and ecommerce in general. Unfortunately, customer service via LiveChat is only available during business hours Monday to Friday, 11am to 5pm on Saturdays.

Winner – Shopify! Not by much, but we are giving the win to Shopify in this Shopify or Shopwired ‘Support and Resources' round.

Shopify will set you back between $29.00 to $299.00 monthly, depending on your subscription. All subscriptions offer the site builder, access to technical support, as well as tools for SEO and ecommerce. Note, however, that analytics are only available to users in the top tiers.

Because Shopwired is exclusively available in the UK, pricing is costed out in GBP. You stand to pay between GBP 29.95 to 119.95 monthly, with those in higher subscription tiers being able to use all of the platform’s available apps for free. A VLE-grade solution, Shopwired Enterprise, is also available for GBP 149.95 a month and comes with your own team of system engineers.

Winner – Draw! This was hard to call, but if we consider today’s currency rates, we’re giving the Pricing Round to either Shopify or Shopwired.

We have to hand the victory here to Shopify as Comparison Winner. We feel that it offers the best value and scalability for most businesses making the transition to the online marketplace.

So which is better – Shopify or Shopwired?

What is it best for?

Shopify would still be our best bet for small to medium-scale enterprises wherever you may be located.

What is it not best for?

If you're going for a country-specific platform, go for Shopwired. However, we are not sure if anyone outside the UK or the Commonwealth can use the platform.

Other options would be, for example, Wix, Squarespace, or Weebly.

While we stick by our well-considered decision for this Shopify or Shopwired review, we recommend you take a good look at the available options for blogging and site building and make your own comparisons for a platform that suits your needs.

Can I use either Shopify or Shopwired for free?

No. You can experience using both platforms for a two-week period. Afterwards, you will need to subscribe to a paid account or terminate your subscription.

Can I use Shopify anywhere?

Yes, as the platform can be accessed from anywhere in the world and also offers a mobile app for remote store management.

If you've read our Shopwired vs Shopify comparison review up to here, we are grateful. Remember always to keep abreast of the latest developments on website builders, eCommerce, and other articles, such as the ones below;

Not only the best tea/coffee maker on the team Sophie keeps the many marketing projects flowing ensuring completion on time. Skilled across multiple marketing skill areas Sophie is our all rounder and a great asset to the team. Sophie is a website building trainer and tech writer who takes pride in helping small businesses and startups build their websites and launch their eCommerce platforms. Sophie is also the practical joker of the team and always wears a smile on her face. In her spare time she likes to spend her time with family. She loves going on holidays and spending time with friends.