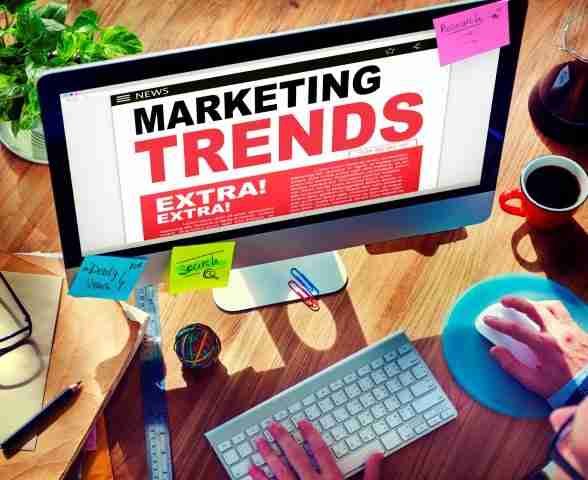 It has been a very interesting few years, digital marketing trends have fluctuated in every direction and could never be predicted. Could anyone even imagine business owners promoting their location and product by letting people know that they have a certain kind of Pokemon to catch in the hit mobile game Pokemon Go. Not until the game and intellectual property hit such a mass appeal and interest. It's never a dull year for the digital marketing industry, if anything it is ramping up year after year, and does not appear to be losing steam anytime soon. There are some trends, however, that make a recurring return from last year, some of which I am confident will pass on through this year as well. As I gently coax my crystal ball to life, let's look at some trends that will play a major role in digital marketing next year.

Streaming content to people worldwide is nothing new. The convenience of watching something as it is downloading has long since been taken for granted. Luckily over the last few years, technology for efficient streaming has picked up even more. Combine that with more and more people having access to blazing fast internet connections and the need to be entertained at a moments notice has given rise to live streaming. TwitchTV, Facebook, and Youtube have been capitalizing on this greatly and people who make content on these websites have realized that the instant connection to the end-user can be utilized very efficiently to advertise and raise awareness.

Being able to connect to an event or a live show paves the way to dynamic and fluid digital marketing. TwitchTV being a gaming oriented portal caters to crowds who love seeing e-sports giants duke it out live, for the viewer's pleasure, with Razer branded computer peripherals and Doritos to sustain them. More people than ever tune in daily to live shows that interest them. Be it a webcam of someone fishing and talking about their favorite lures or a bot playing Pokemon while the live viewers tell it where to go and what to do.

Before live-streaming, the only way to connect to the audience was to either physically be in front of them, on a stage and with a big old spotlight. Or after the fact, via tapes, DVD’s and Blu-Ray’s. But there, you are yet again at the whim of a consumer, who might not want to buy this media. Attendance for a standup comedy show was always only as many as you could physically fit in the venue itself. With live-streaming, the world is your oyster and you may have millions of people watching your show even if the physical attendance is limited to the bar regulars and Larry, your childhood friend who always supports your decisions and is couch-surfing at your place for “a little while”.

A way to trick the viewer into seeing the ad or making them view it against their will has been a tool digital marketing has put to use for many years. Borrowed from TV, where the only option to not see Tom Selleck use Gilette shaving products was to turn the TV off or change the channel, digital marketing took this concept and ran with it. It's not going anywhere anytime soon, as more people have a tangible disdain for in-your-face marketing. With the ever-growing popularity of AdBlock type of add-ons for browsers, it's harder to reach people with a straightforward ad. To that end, sneaking an ad in the content itself has been one way to circumvent this, however, it's difficult to do without pissing people off and being painfully obvious about it.

This trend is slowly growing and I foresee a large rise of borderline subliminal advertising this year. Digitally mastered after-effects have made huge strides towards adding new products in old movies and TV shows as well. It seems pretty soon we will see the crew of everyone's favorite 90’s TV show “Friends” hanging out in Starbucks and using Google Pixel phones.

The polar opposite spectrum of this, yet just as native is the approach of ads that are made to go viral. They are usually focused on the product or service in a pretty straight forward way. It is clear from the beginning that this is an ad. Usually funny, heart-warming or cute, these ads capitalize on the basic human instinct of sharing something enjoyed with friends and loved ones. A poster child of such approach is John Lewis – a British department store chain that releases viral ads every Christmas. The unstoppable rise of social media has become the carrier for cat videos and people tripping over things. It was only a matter of time until they introduced cat-food and insurance placement there.

Digital marketing trends come and evolve into something new. Rarely do they really go away, since the age old saying rings true even in this rather modern world of digital marketing – everything new is well-forgotten old.

The second part of this article for marketing trends will will follow shortly.

Stuart Kerrs is a leading digital agency in London providing full digital marketing services to the UK and beyond. If you would like help getting your business in front of an on-line audience, contact us today to see how we can help you!